American Legion Auxiliary member Kathy Daudistel of the Department of Kentucky became the National President of the American Legion Auxiliary (ALA) during the organization’s 100th National Convention held Aug. 27-Sept. 2 in Phoenix, Ariz.
Daudistel is eligible for ALA membership through her father, William Kaelin Jr., a United States Army veteran who served during the Korean War era.
“I think it’s the opportunities,” Daudistel said of the ALA. “There are opportunities for everybody - you don’t have to be an officer; you don’t have to be a leader. But there is always something. The Auxiliary offers something for everybody.”
Daudistel retired from a Fortune 500 company after more than 30 years where she worked in the information technology department. She earned her bachelor of science degree in information technology from Northern Kentucky University. Daudistel has two daughters, four grandchildren, and two sons-in-law. 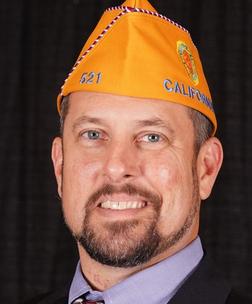 Did you know.....
As an ALA member you will receive the National American Legion Auxiliary’s e-news and award-winning magazine?  The ALA e-news is published monthly and focuses on programs, activities, and events in short, quick-read articles. The Auxiliary Magazine is published bi-monthly.
Make sure your information in the "My Profile" section is accurate by signing in in at National website: www.alaforveterans.org.

Locally serving Veterans, their families and our communities​

The Arizona American Legion Auxiliary is dedicated to Veterans & Military, Families, Youth Development and Communities in Arizona. Our
15,000 members raise funds and contribute hundreds of thousands of hours in volunteerism each year in their community.

how we help
HELP BY JOINING, DONATING OR COLLABORATING
WITH US TODAY

The Power to Effect Change

As an individual or business, you can make a difference in your community through the 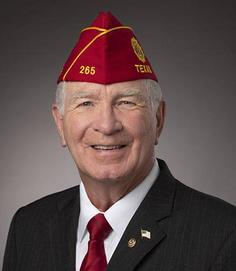 Michael Fox of the Detachment of California was elected National Commander at the 49th SAL National Convention in Phoenix.
Fox’s motto for his term as Commander is “Leadership Through Action, Not Through Position” a reminder that every SAL member can make a difference.
That is reflected in his project as National Commander, Flying Flags for Heroes. The goal is to place 1 million flags to honor veterans in local cemeteries.
Fox has been a member of Haggin Grant Squadron 521 in Rio Linda, Calif., since the day he was born. He held his first elected position at Squadron 521 as sergeant-at-arms at the age of six.
Fox has four daughters — Hailey, 21; twins Kaci and Kali, 16; and Skye, 12 — and is engaged to Crystal Reagan, who has three children of her own.

​​​​Paul E. Dillard was elected National Commander of the nearly two-million member American Legion in Phoenix, during the organization’s 102nd National Convention. He first joined the nation’s largest veterans organization in 1969.
A native Texan, Dillard graduated from Whitesboro High School in 1965 before joining the U.S. Navy and serving in Vietnam through four campaigns including the Tet offensive. He later received an honorable discharge as a radarman second class petty officer from the Navy Reserve before attending Grayson County Junior College and East Texas State University.
Dillard worked several years in the manufacturing business as an Engineer, Plant Manager and Director of Manufacturing in Tennessee. Upon returning to Texas, he accepted a sales representative position with Sherman Foundry and became its airplane pilot. A career change was made when he and his wife, Donna, began their family and he entered into the insurance business specializing in Employee Benefits and later forming Dillard & Gann Insurance.
He married Donna in 1983. They have two sons, William and his wife Allison, and Jonathon and his wife Karri and two grandsons Jarrett and Lukas. All are members of the American Legion Family.

Mission Statement
In the spirit of Service, Not Self, the mission of the American Legion Auxiliary is to support The American Legion and to honor the sacrifice of those who serve by enhancing the lives of our veterans, military, and their families, both at home and abroad. For God and Country, we advocate for veterans, educate our citizens, mentor youth, and promote patriotism, good citizenship, peace and security.

Vision Statement
The vision of the American Legion Auxiliary is to support The American Legion while becoming the premier service organization and foundation of every community providing support for our veterans, our military, and their families by shaping a positive future in an atmosphere of fellowship, patriotism, peace and security.

AT CONVENTION IN PHOENIX, AZ 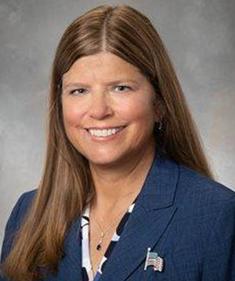